Plane models reputed to be dead sometimes live longer. This goes for the big A380 that is now bound to start a new “career” as a test aircraft in 2025, four years after Airbus ceases its production. Cabin tanks will be installed in the rear section of the aircraft, to be filled with hydrogen for flight testing purposes. The conversion of the giant plane into a flying laboratory is part of basic research aimed at launching a hydrogen-powered fleet in 2035.

The A380 project is about testing the everyday use of future tanks filled with hydrogen, their insulation, the pipe system, and security architecture. This because, unlike kerosene, hydrogen must be cooled down to the liquid state of -253°C before it can be used. The special LH2 tanks will be conceived and developed in Bremen, Germany, and Nantes, France, where the aircraft manufacturer has set up two “zero-emission development centers”, which Airbus refers to under the acronym ZEDC (CargoForwarder, 27JUN21).

Crucial components
According to a company spokesman, the tanks to be mounted in the A380 will be subjected to permanent stress tests. They will be installed in the rear part of the A380 cabin, replacing seat rows that once accommodated passengers. The cryonic tanks are the crucial components on Airbus’s way to leaving the fossil era behind and flying into a new green future.
Hydrogen has an invaluable advantage over traditional kerosene: It is produced via electrolysis, with electricity from renewable energies, and does not emit any greenhouse gases while burning. 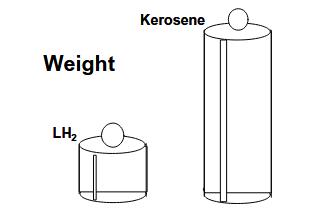 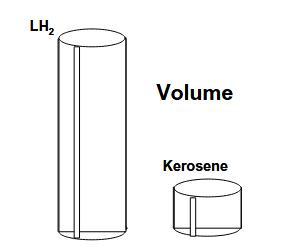 LH2 tanks displace passenger seats and reduce cargo capacity
Yet, despite its overwhelming effectiveness as a climate-neutral gas, the chemical element H also has an immense disadvantage. For example, hydrogen requires around four times as much space as the traditional Jet A-1 fuel does. Technically, this means that the space in the wings of future hydrogen aircraft will not have sufficient LH2 storage capacity for medium or long-range flights. Hence Airbus engineers suggested installing additional tanks in the rear cabin section of the A380 - to the detriment of passenger seats and cargo storage capacity.

New attempt
The hydrogen campaign now underway is the European plane producer’s second attempt at building an aircraft powered by LH2.
Already 20 years ago, the company presented several variants of a prototype called Cryoplane, which, however, never progressed beyond concept studies. The larger variants in particular, were to have the tanks mounted above the cabin roof, making them look very similar to the Super Transporter A300-600ST “Beluga XL”, built to carry components and complete sections of Airbus aircraft from different production sites to the final assembly lines in Toulouse, France, and Hamburg, Germany. However, the visionary project was abandoned because the time for replacing fossil energy by hydrogen or SAF was not yet ripe.
The groundbreaking pioneering work of the Airbus engineers presented at the turn of the millennium still benefits the aircraft manufacturer today in its attempt to build a family of climate-neutral passenger and freighter aircraft ready to take off in 2035,and powered by LH2.


We always welcome your comments to our articles. However, we can only publish them when the sender name is authentic.