There are unconfirmed reports this week that there seems to be considerable unrest in the higher echelons of Moscow based Volga-Dnepr Group. This is said to be caused by an upcoming management shuffle.

Are the three top managers all out?
One thing it seems is certain, David Kerr, CargoLogicAir’s CEO sent an email message on 9. August to his colleagues at CLA and ABC stating that “his adventure with you all at CLA is coming to an end in the coming weeks.“ He further stated that due to the present tough trading period that the CEO role is planned to be integrated into the COO position presently held by Frank de Jong. Mr Kerr added in his message that the CEO position might be reinstated in the future, however one can assume that this point is not under discussion at the present time.
One can only speculate what is behind the decision to let David Kerr go. Is it because the company results are not pleasing to his peers in Moscow or is it purely a cost saving matter during these ‘tough trading times?’
Other unconfirmed information is that AirBridgeCargo’s CEO Sergey Lazarev was fired towards the end of last month and that he has been replaced by Nikolay Glushnev who was until now Deputy Head of Ground Operations at ABC. Also that Robert van der Weg who rejoined the Volga-Dnepr Group in mid-2018 as Vice President Sales & Marketing, has been placed on so called „garden leave.“ This, if true, is the first step towards departure. Robert previously spent three years with the VD before departing in 2017. 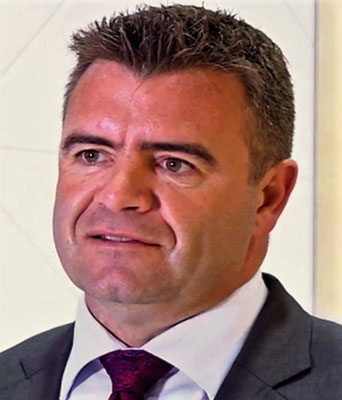 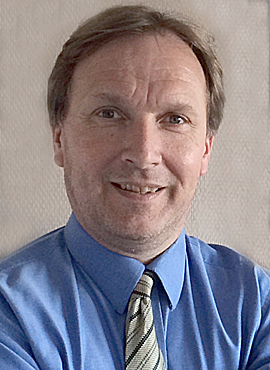 A matter of cost or performance?
There were rumors already at this years Air Cargo Europe show in Munich that there were management changes being planned at both ABC and Volga-Dnepr. Nobody at that time was willing to comment on such.
It’s no secret that the air freight market is under pressure this year and the question then arises as to whether the ABC, CLA and V-D revenues and bottom line results are so bad that this warrants getting rid of or replacing their top management.
It was also rumored that Volga-Dnepr is seeking additional funding from one or the other Russian financial institutions. Again - whether this is the case or if so so to what purpose, remains to be seen as it can be assumed that there will be no information given by Moscow at the moment.

CargoLogicGermany - still waiting for Andy’s OK
Another building-site for the Volga-Dnepr Group is the issuance of the AOC for CargoLogicGermany.
So far there’s no white smoke out of the LBA chimney in Braunschweig, Germany. According to CLG, all the necessary documents for the issuance of an Air Operator’s Certificate (AOC) have been submitted and the airline’s managers are still eagerly awaiting the aviation watchdog’s final ok.
First it should have been April, then June, followed by July, now maybe August. The result: CargoLogicGermany still keeps waiting for its AOC, unable to speed things up by themselves. “We have forwarded all required documents to regulator Luftfahrt-Bundesamt (LBA), more we can’t do,” stated an CLG official.
As things stand, it will take until the last week of August until the AOC is granted. This because on 1. September there are regional elections in the state of Saxony. The announcement that the acquisition of a new freight carrier based in Leipzig, Saxony’s largest city, would benefit the ruling conservative party, observers believe. So there is local political interest to get this issue off the table before the ballots begin.

Asked about the reasons for the repeated postponement of this meanwhile pressing topic, a government spokesman in Berlin indicated that the LBA hasn’t forwarded the documents to Germany’s traffic minister Andreas “Andy” Scheuer yet, who is on vacation until 19 August. So there is no paper he could sign when back from his days off. He added to this, somewhat camouflaged, that several points are still pending decision by the authorities. Which these are he did not specify. After all, he said that it is common practice that in such cases a single decision is part of a broader package that needs to be negotiated and consented.

A broader package?
This might include demands for additional overflight rights of Russian territory by German airlines, primarily by Lufthansa, its cargo daughter LH Cargo and AeroLogic, the DHL Express / Lufthansa Cargo joint venture (50/50%) based at Leipzig Airport. This all the more since the last round of bilateral negotiations was cancelled by the Russians because of management changes. Aviation experts suspect that it is also conceivable that the Germans demand reduced flights from Frankfurt, Leipzig or Munich to international destinations operated by AirBridgeCargo or Atran Air, both belonging to the Russian Volga-Dnepr group of airlines. This would take pressure off Lufthansa Cargo.
The crux of the matter is that although CLG has close ties to the Volga-Dnepr / ABC group, legally it will be a German licensed and hence not a Russian company. Therefore, the Russian side could argue that CLG’s traffic rights are none of their business.
To put it in a nutshell, particularly the legal independence enjoyed by the newcomer does not make matters easier. It limits the German side’s bargaining space.
In the meantime, the pilots, mechanics and flight engineers employed by CargoLogicGermany are forced to wait until the AOC matter is politically settled for good.

Not an easy time for AirBridgeCargo and CargoLogic at the moment.