What has long been on the books is now seemingly becoming fact.
The e-commerce world will be seeing a new joint venture between a Chinese and U.S. American carrier to exploit future e-commerce operations between the two countries.

SF Holdings and UPS join forces
In a statement from Atlanta, USA-based UPS and Shenzen-based SF Holdings late last week, both companies have agreed to establish a joint platform in order to support new and innovative B2B and B2C market access between China and the USA.

This move undertaken by SF Holdings and UPS comes as no surprise, although somewhat earlier than many had thought.
The SF Group is one of the largest express companies within China and owns a large fleet of Boeing 757 and 737 freighters which operate throughout China under the SF Express flag.
It is interesting to note that the statement by both companies stipulates an initial cooperation between the USA and China, but “also with plans for further global market expansion.”

What’s behind the new deal?
This agreement is said to offer Chinese customers more international shipping options in the future as well as speedier and more streamlined transit times between both countries.
But - is there much more behind this new joint venture which still has to receive regulatory approval from authorities in both countries?
There are surely some within the Trump administration who will want to scrutinize this closely due to the fear within certain circles that Chinese companies are in their view forcing themselves too much into U.S. markets. 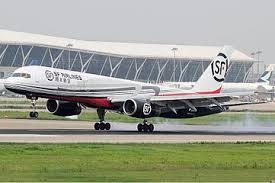 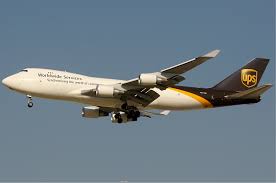 Both SF Express and UPS are deeply involved in the e-commerce scene. UPS has Amazon with their Prime Air product as a main competitor and SF Express is used almost exclusively for China’s e-commerce giant, Alibaba.
We have often reported that it’s our view that Alibaba has set their sights on international expansion outside of China. This has already been put into motion with a steady move into markets within South East Asia and weekly test flights between Hong Kong and Prague using leased in B747 freighters.

Round-the-world e-commerce pact?
SF Express has so far limited itself to ordering and using medium and short-range freighters, mostly converted B757 and B737 aircraft.
UPS on the other hand has a large intercontinental B747 freighter fleet and recently ordered another fourteen new B747-8 freighters from Boeing. These are meant as added capacity for their present fleet.
Future utilization for SF Express?

Are we looking at a possible round-the-world e-commerce tie-up between UPS and SF Express during the coming years, and not just USA-China as stated in last week’s announcement?