Germany’s largest airline intends taking over up to 30 percent of regional flights operated by financially ailing Air Berlin. The upcoming deal, negotiated between LH and Air Berlin shareholder Etihad (29.2 percent) is expected to be concluded at the end of this month.
Simultaneously, Brussels Airlines could be fully integrated into the Lufthansa Group. 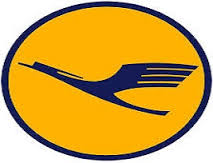 What’s cooking between LH and EY? After years of fighting each other ferociously, both carriers seem to be close to signing a deal over Air Berlin. According to a report written by well-informed Jens Flottau in the newspaper, Sueddeutsche Zeitung, LH intends wet leasing in about 40 aircraft currently operated on regional routes by heavily indebted Air Berlin. Provided, Etihad and Lufthansa come to terms as expected by market observers, the Air Berlin jetliners will be added to the fleet of Lufthansa’s low cost daughter Eurowings, at Air Berlin labour conditions, with the commercial risk of the flights lying on Eurowings’ shoulders.

Former enemies on way to becoming business partners (?)
The deal is planned to become effective at the end of October, when the next winter schedule begins. If so, Air Berlin will concentrate its remaining activities – mostly long-haul flights – on its two hubs, Duesseldorf and Berlin, handing over the rest of its network to Eurowings.
Both negotiating parties have a strong interest to achieve a positive result. Etihad’s problem child Air Berlin, in which they have pumped over a billion euros into, would get rid of most of their loss making routes in one go. Reversely, LH could push their ambitious Eurowings growth plans further ahead. This way, securing slots and routes, thus blocking LCC rivals Ryanair or Easyjet from taking over sectors operated by Air Berlin in case AB would bite the dust.

Plans to share codes are part of the package
Part of the package EY and LH are currently talking about is a code-sharing arrangement. While Etihad seems to be interested in jointly utilizing the capacity on as many routes as possible, LH reacts more reticent and cautious, Sueddeutsche says.
Should the deal be concluded, the effects Air Berlin’s cargo arm’s daily business run by Leisure Cargo, will be negligible. Firstly, because the routes that might shift from AB to LH are anything but cargo friendly. Secondly, Air Berlin accounts for only 20 percent or even less to Leisure’s total annual sales.
A different story would be if LH would also take over some of AB’s long-haul flights. But this doesn’t seem to be part of the package LH and EY are currently talking about.

SN on way to becoming a full LH member
Finally, there is another topic standing on the agenda at the next Lufthansa Supervisory Board meeting this month: The full acquisition of Brussels Airlines of whom LH is a 45 percent stakeholder since years. Lately, the carrier had to cope with serious operational disruptions caused by the suicide bombing at Brussels Airport last March, destroying a terminal and leading to the temporary closure of Zaventem International, Brussels Airlines’ main hub. However, since then, the carrier has resumed its path to success, as seen by the announced upping of flights to European holiday regions and the intended start of five weekly Mumbai services in March of 2017.